I do a lot of cooperative writing activities with the elementary students that I work with. There are many reasons why I spend time playing cooperative writing games with my students. It keeps our sessions interactive, it allows me to correct any mistakes as we go, it encourages flexibility, and it stretches the imagination as they have to adjust to the last sentence rather than what they had already imagined for the story. It is also a good way to encourage confidence for those children who aren’t keen on writing.

All of these games can be adapted for online classes or playdates. Simply open a document or a whiteboard, type or write the sentences and share the screen so everyone can see the stories. The kids can use the chat feature to practice typing their contribution to the story. 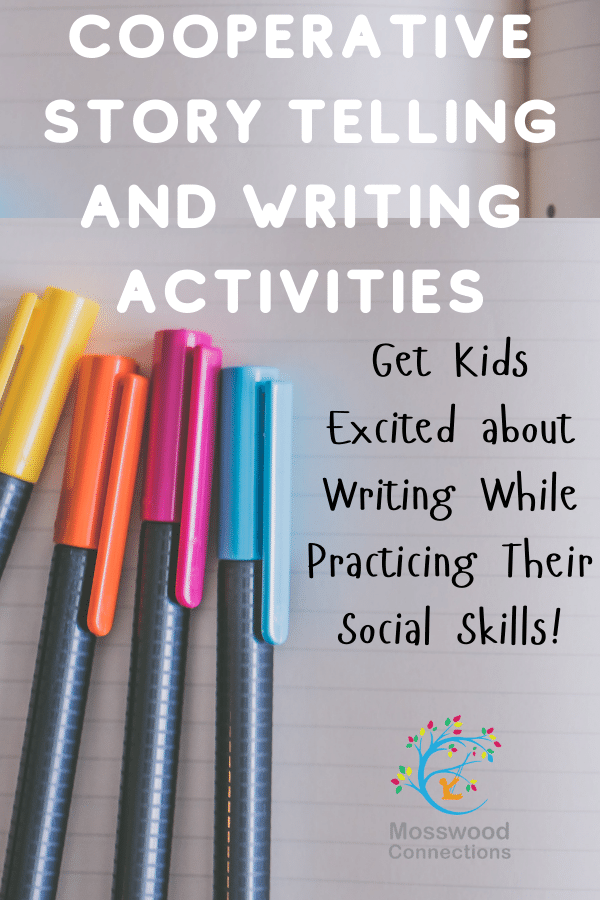 Cooperative Writing Activities can be adjusted for any age.

Most of our Cooperative Writing Activities are designed for children who are elementary school ages, but you can start with storytelling as soon as your child can talk.

Our first activity is more a storytelling activity than a writing activity. Gather a basket of toys. Take turns picking out a toy and telling a story about the toys. Repeat each part of the story as you add the next sentence for the new toy. This will build sequencing and language skills.

This is the only game here that you need special materials to play. The kids love it, though, so I wanted to include it. We use Tell Tale Card Game

to tell a cooperative story. Kids ages 5-12 ask to play this game again and again. The game comes with vibrant pictures on both sides of the cards. There are different ways to use these cards. The simplest version is to take turns picking a card and using the picture prompt to add to the story.
We have two different versions of the game and we love them both! 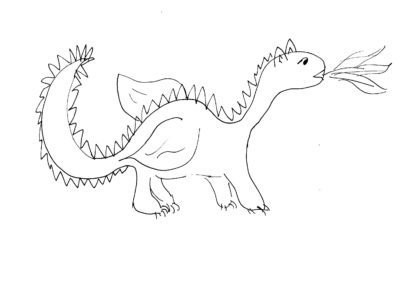 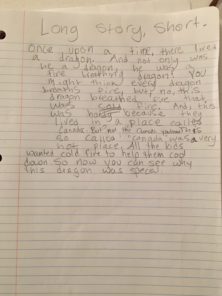 Draw a Picture. Tell a Story.

Have each child draw a picture. Then have the children exchange pictures and write a story about the picture they received. This is a really good activity for children who are on the autism spectrum. They will usually have a preset idea what the story of their picture should be and may have difficulty letting go of control. Be sure to state the rules clearly before starting the activity. If a child becomes too upset about the story someone else came up with for their picture reassure them that they can also write their own story to go with their own picture later. Once the stories are written have the children discuss what they like about each other’s story.

Have each child write one sentence. Then pass the paper to the next child to add the following sentence. This activity is designed to be lighthearted. It is not the time to correct any mistakes. Just let the children create a story. The results are usually quite funny. If you have a bunch of kids, you can have more than one story being passed around at the same time. 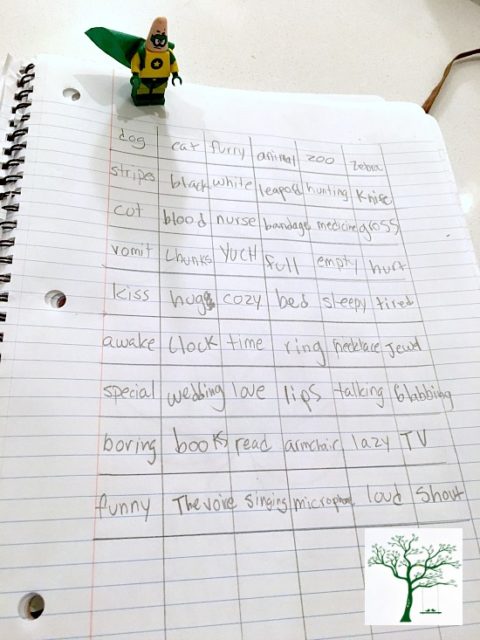 I have to admit, for someone who works with children who have special needs, I don’t have a talent for repetition. I like to mix up my sessions with new activities. So, one day, I was on my way for a tutoring session, the primary goals being reading comprehension and writing and I was trying to think of how we would spend our time. I could have taken the easy way out and just written a story with my student, but I wanted to have time to work on different skills and I wanted to have some fun. That’s how this activity was born.

First, we played a word association game. I drew a grid on a piece of paper. Then I told my fifth-grade student, “I will say a word and then you say the first word you think of.” I would say a word, she would say a word, and we wrote the words in the boxes I created with my grid.

Once the grid was filled with words, I found a marker and a dice. We each took turns rolling the dice and moving the marker to the corresponding space. When it was our turn we not only had to come up with a sentence that included the word the marker landed on, we also tried to create a sentence that followed the idea of the previous sentence. Here is the story we came up with:

“There was a girl walking down the street when she saw an animal. She was surprised to see that it was a zebra. Behind the zebra, the girl saw a leopard sneaking closer and closer. The girl was scared that the leopard would attack the zebra and draw blood. Then the poor zebra would need medicine. Yuch! She really didn’t want that to happen. She turned her backpack upside down to empty it out and see if there was something inside that she could throw at the leopard. She was so scared all she wanted to do was to hide in bed. Just then, she heard her cell phone ring. It was a special sounding ring, it meant that it was her mother calling. The girl answered the phone and quickly moving her lips she told her mom what was happening. She was so busy blabbing to her mom that she didn’t notice the leopard getting closer to the zebra. It looked like a scene you would see on TV.  Just as the leopard was about to pounce on the zebra, the girl’s mother made a really loud noise over the phone that scared the leopard away.”

This story may not win any awards, but the real award is that while we wrote our cooperative story, imaginations were stretched, flexibility and cooperation were practiced, laughter was heard, and we all had fun. No animals were harmed in the writing of this story.

7 Ways to help Students to Collaborate in Interactive Writing 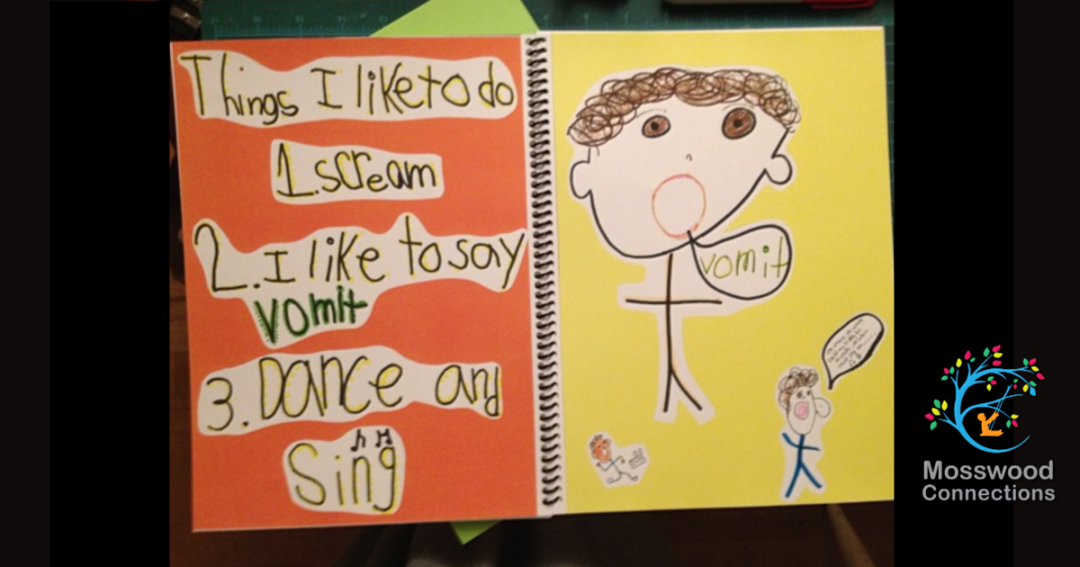 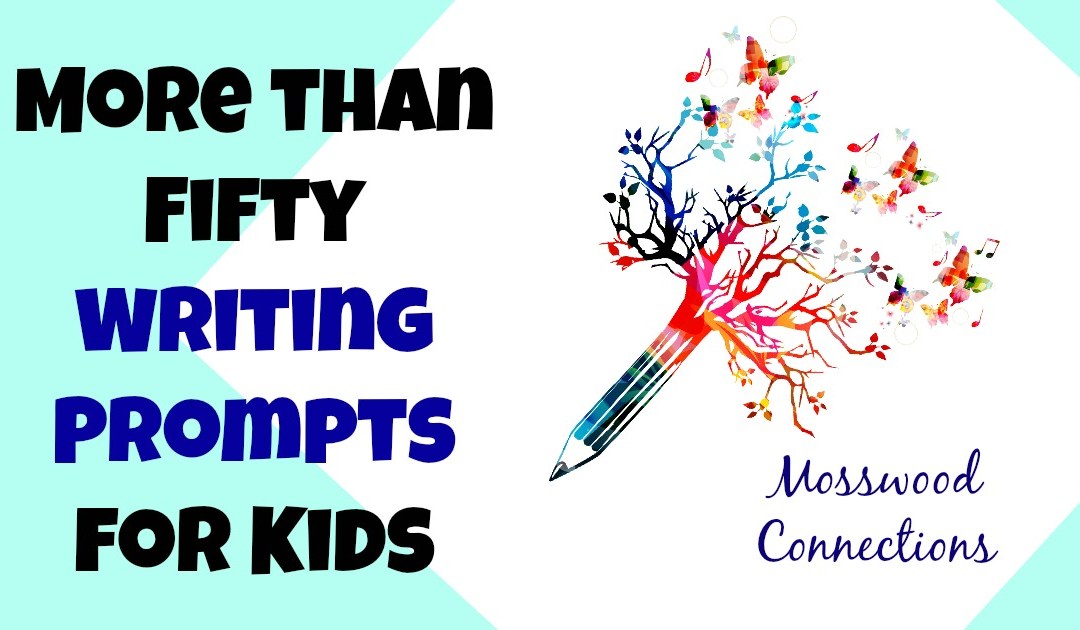 More than One Hundred Writing Prompts for Kids 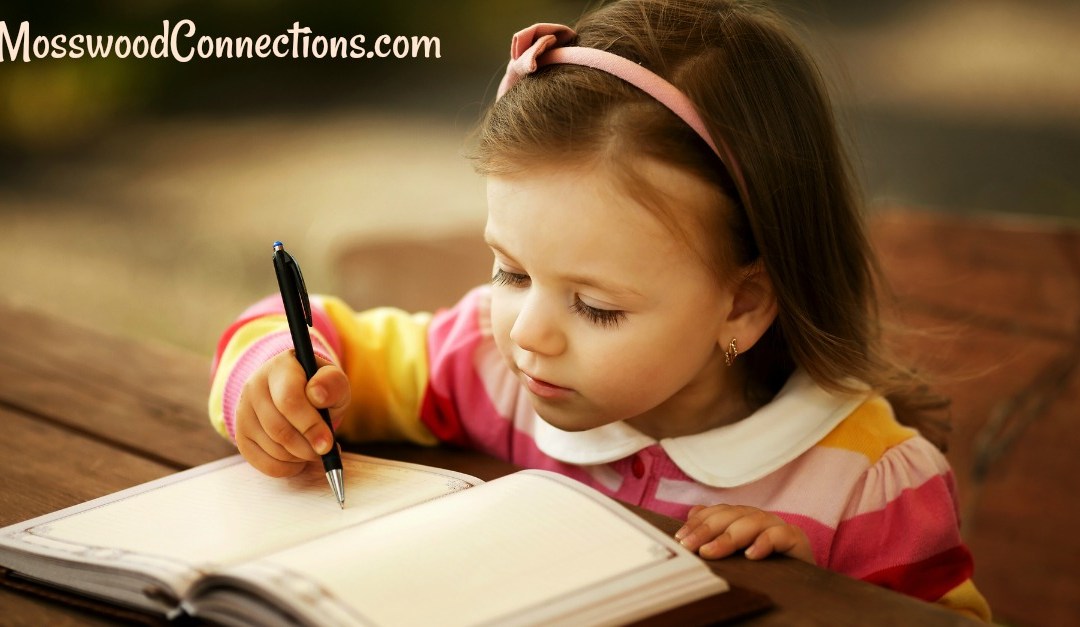 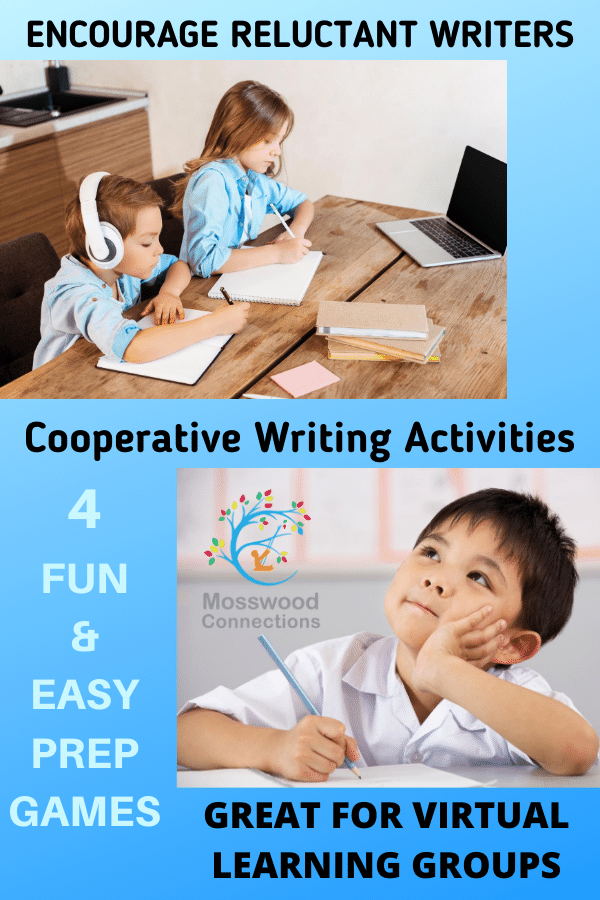